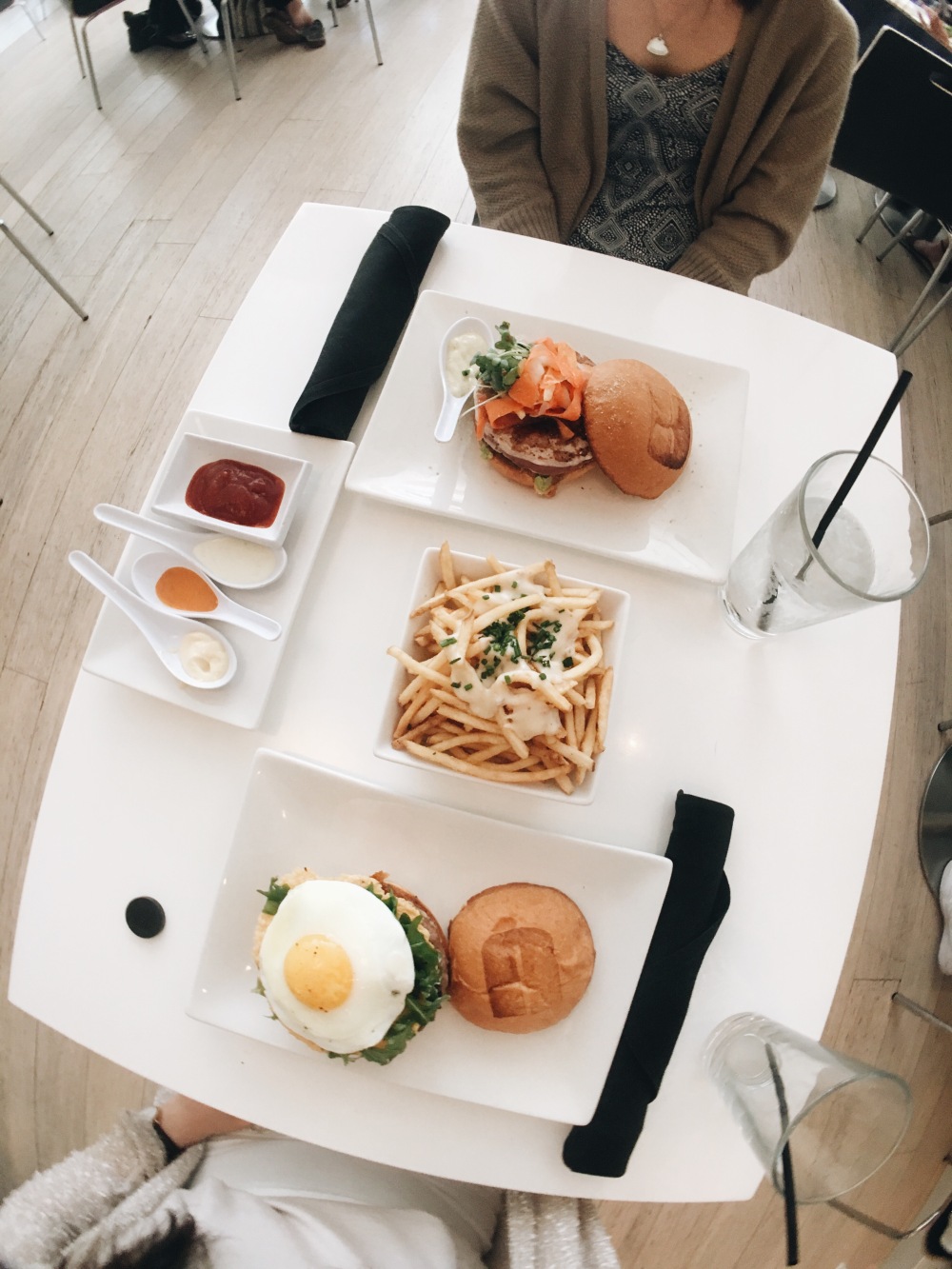 What exactly is umami? Most people are aware of the four primary tastes which are sweet, salty, bitter, and sour. However, in the early 1900s, a Japanese chemistry  professor named, Kikunae Ikeda, discovered that there is a taste unlike the four commonly known ones. He discovered this through the taste of kombu seaweed and found that the amino acid, glutamate, was responsible for the distinct flavor. Personally, I’m not sure if I can correctly identify the taste of umami, but many people associate the taste with being “meaty”. Whether I can precisely distinguish the taste of umami or not, I don’t mind as long as I get to eat!

This past week, I had Umami Burger with Carol, as it was her first time there! I’ve had it a couple of times before and I have to admit that I enjoyed every bite of it. I remember thinking the portions were really small, but I realized it’s actually quite filling! Maybe I was just really hungry the first few times… But each bite into the burger made me go, “Ouh mommy..” (hahaha get it?) Okay, I’ll stop. 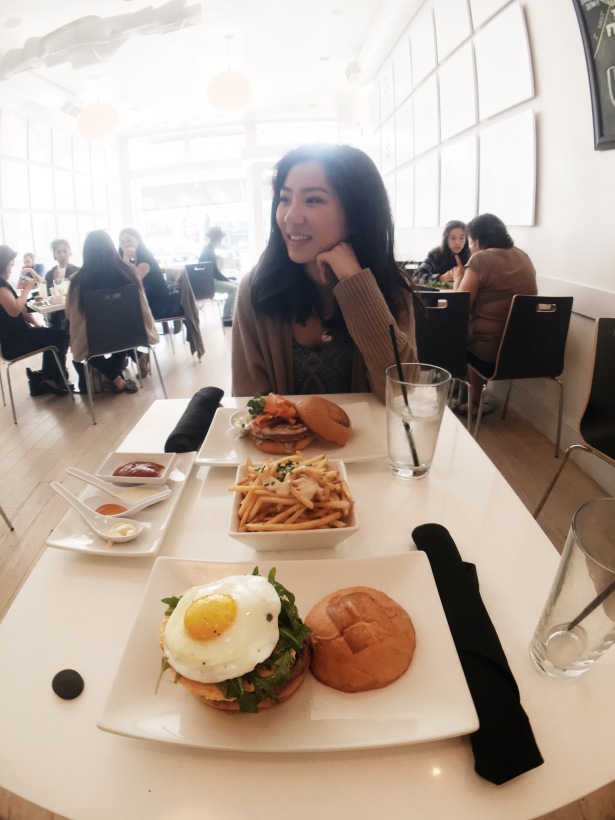 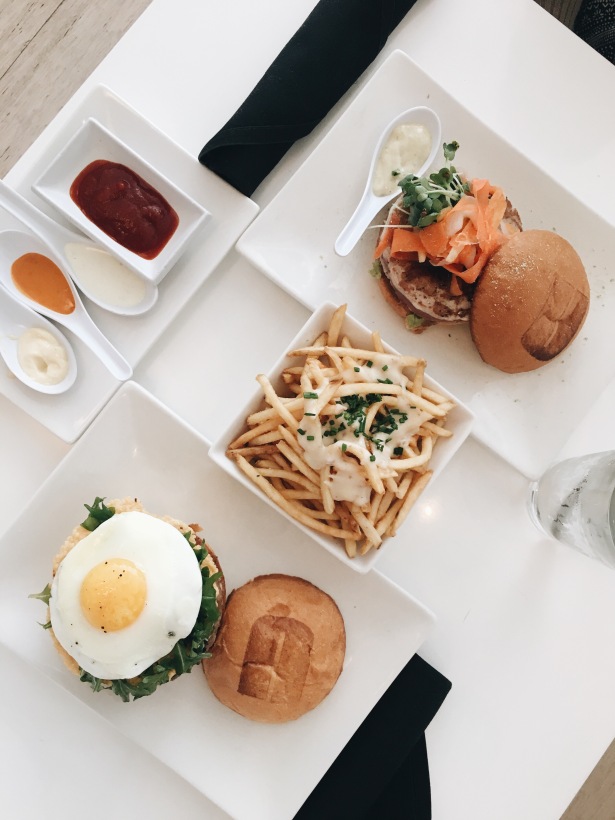 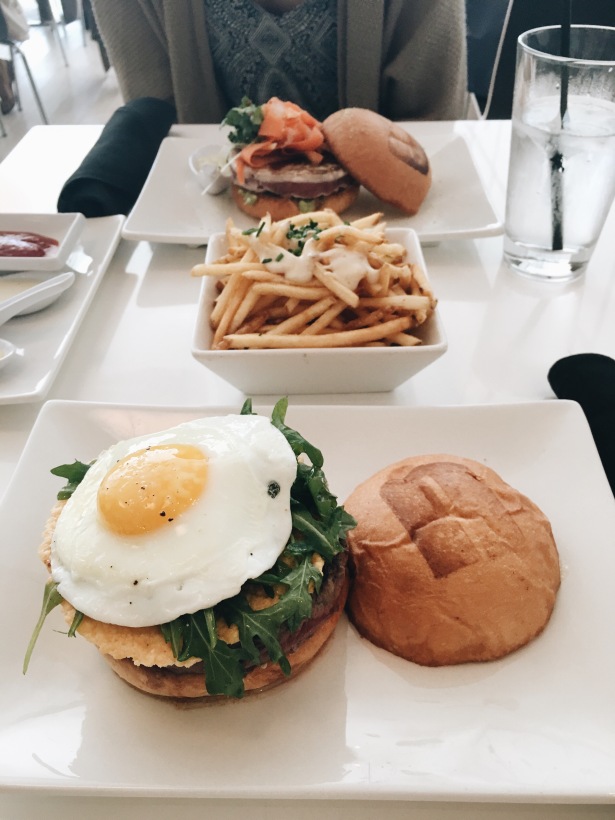 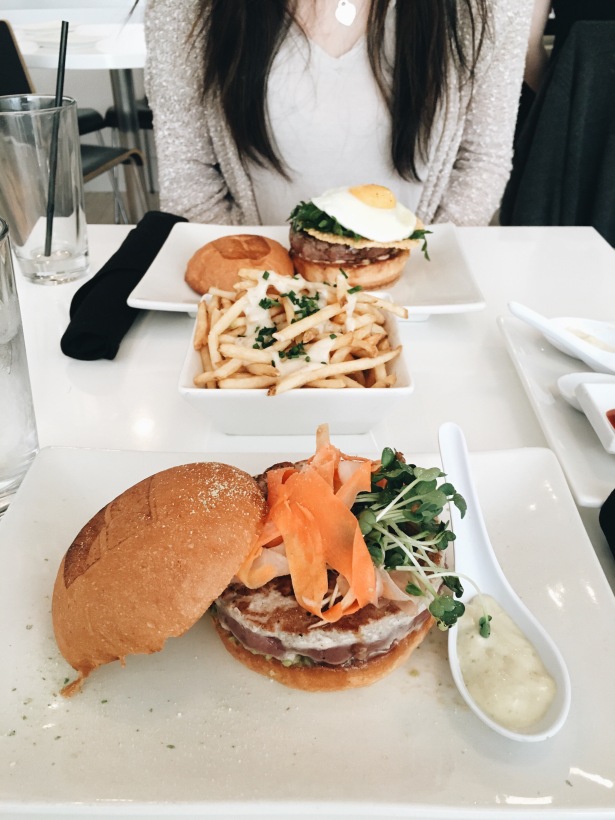 I ordered the Sunny Side Burger which contains parmesan frico, fried egg, thyme compound butter, truffled arugula, and truffled aioli. I honestly ordered it for the egg (If there’s an egg involved, I’m always in!). Carol ordered the Ahi Tuna Burger which contains a seared ahi patty, daikon sprouts, crushed avocado, gingered carrots, wasabi flake, and wasabi tartar. This was really interesting because I’ve never tried a burger that contained fish! To my surprise, it was really good! All the ingredients in between the buns complemented one another. She asked for the wasabi tartar on the side because we weren’t sure if the wasabi would dominate the taste of the burger, but in actuality, it was quite subtle. The last addition to our meal was a mandatory order of truffle fries to share. I can never say no to fries, especially if I’m eating a burger! What is a burger without a side of fries, am I right? We were more than satisfied after our meal and was in a desperate need of a stroll around Pasadena. 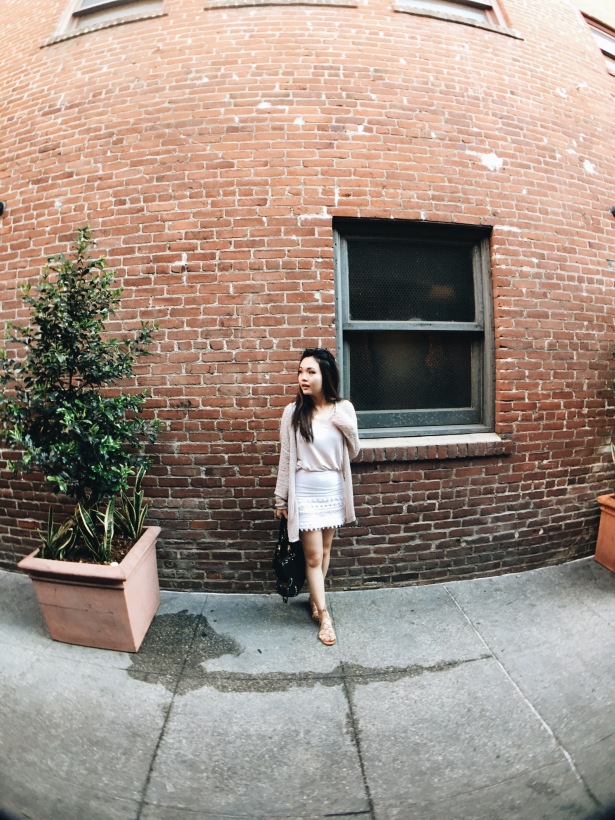 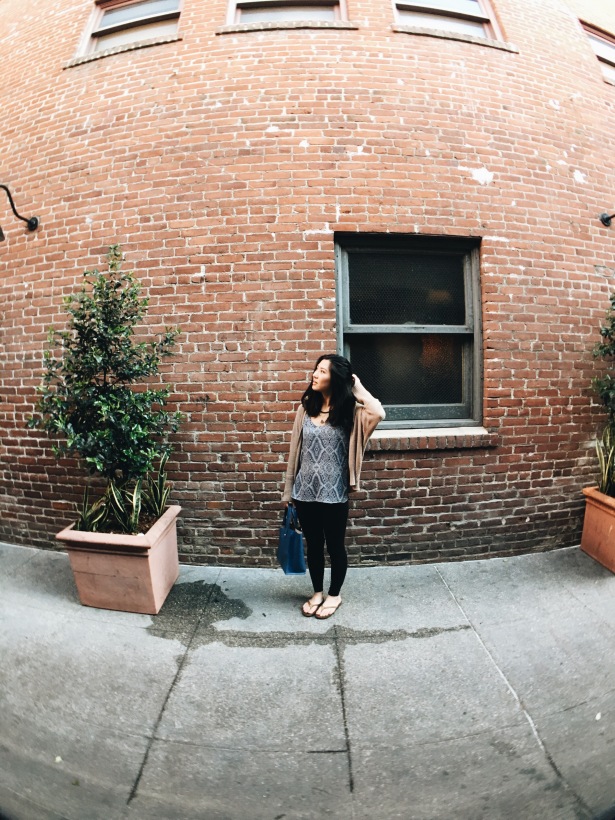 Carol got me a 3-1 photo lenses for my phone and we had so much fun playing with it while walking around Pasadena! We’ve been friends since 6th grade and I’m so thankful that we experienced middle school, high school, and college together. We’ve grown tremendously throughout the years and it’s nice to know that we’ve continued to be close friends since the beginning. She is honestly one of the most beautiful person I know, both inside and out, and I’m positive I’m not the only one who thinks that! Also, her mom treats me like her adopted daughter and I’m so grateful for her thoughtfulness and generosity. I always feel like I’m a part of her family every time they invite me to their family outings. It’s amazing when childhood friends become lifelong friends, but it’s even more wonderful when friends become family.